Well well well. I’ve gone and baked my very own bread loaf from scratch for the first time ever. 2013 will see more of these and the growing of a garden to cook from. 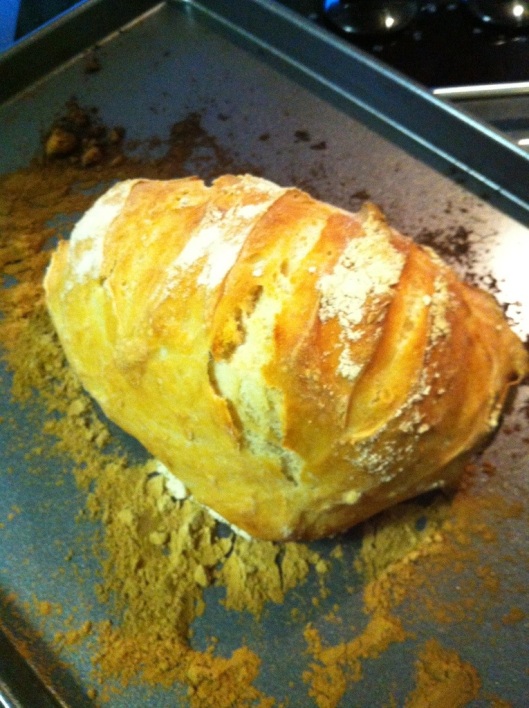 A belated Christmas check in with you all. I hope you had a sane day/s with your family. If not, I hope you were safe and warm and fed and at peace. I fear more and more people don’t have “somewhere to go” during the holidays. I hope if you weren’t with family, you got a smile from someone.

Our family’s Christmas venue changes each year – and that’s ok. What ties us to the years before is what we do on the day.  We make sure we do the little things each year to celebrate the season and the beginning of a new year.

And the best Christmas gift of all – a cracking storm that dumped enough rain to fill the tanks and back up the down pipes.

Here’s cheers to you and yours. 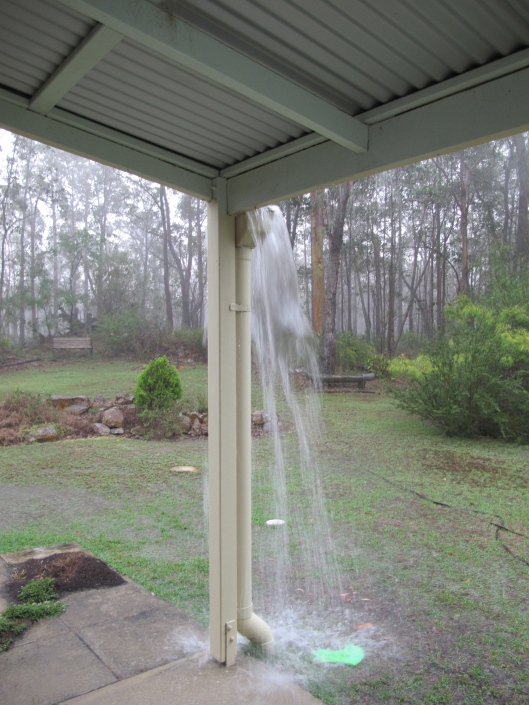 The best Xmas pressie an Aussie can get 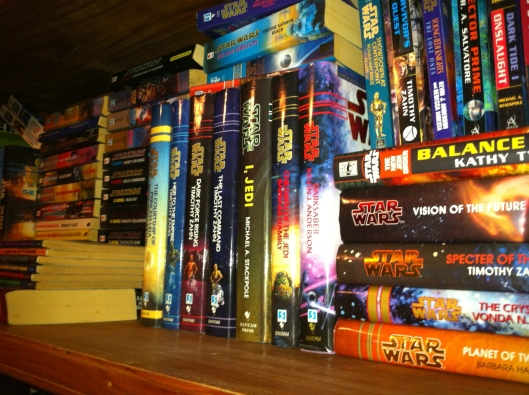 This weeks announcement that George Lucas is selling the Star Wars universe to Walt Disney doesn’t faze me at all.  I’m in the “Han shot first” camp, so in my eyes, Mr Lucas sold out a while back.

I spent today unpacking more boxes and came across my Star Wars library. I haven’t added to it for a while, so there’s some gaps for sure, but I was surprised how much I remembered about each new twist in the Universe. I loved Timothy Zahn’s stories and the X-wing series was a joy.

My hope for the future is that Disney doesn’t cash in with a cartoonish fluff piece that doesn’t mesh with the novels already written around the original trilogy. ** For the benefit of young players, that’s episodes 4-6, not 1-3.

Some of the best sci-fi writers around have fleshed out generations of interaction, plot twists and tragedies faced by the characters we all know and love – I hope Disney will respect those.

And in case any Disney peeps see this, PLEASE PLEASE PLEASE don’t make “Vector Prime” until I’m ready. I bawled my eyes out for days when I read that – I couldn’t bear to see it happen. 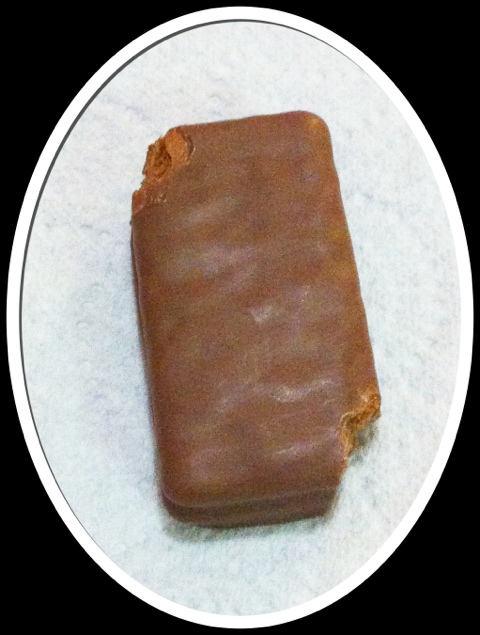 Before we move on past Anzac Day, I should teach you all the proper way of eating a Tim Tam. If you’re not familiar with Aussie confections, you may not have come across these lightly wafered choc dipped biccies. (* Aussies do not use the word ‘cookies’. That is American). The Tim Tam is Aussie as, and there is a right and a wrong way to eat one. Let the lesson begin…

Pour yourself a glass of your favourite beverage – scotch, rum, kahlua, baileys…anything you think would go nicely with the choccie flavour of the biccie. Please note, tea and coffee are for advanced students only!

Lower biccie into drink – trick for young players is to tip the glass slightly – without spilling – obviously. SUCK until the smooth liquid is drawn up through the chocolately goodness and becomes mush from the inside out. ** NB: tea and coffee melt the little sucker quicker than you think. One second you’ll be holding a Tim Tam, the next it’s molten lava. 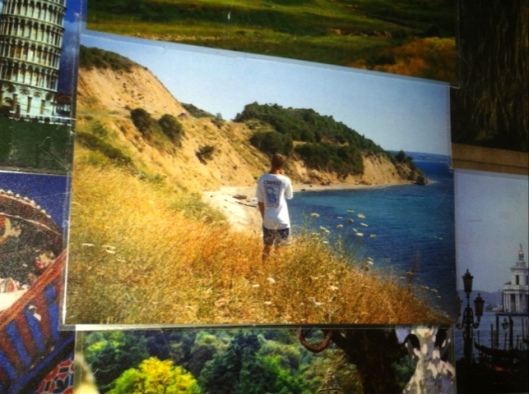 This is my favourite photo from when I was in Gallipoli in 1997.

A bus full of Aussie and Kiwis poured out at each memorial site within the National Park. We didn’t have a guide to go around the 10 or so sites we endeavoured to get to – but then we didn’t really need a guide. We all grew up with the stories of these places. On the bus was the time to share with each other what we’d learned from childhood onwards about places called The Nek, Lone Pine, and Shrapnel Valley.

Once the bus stopped, there was no talking. Everyone scattered. Lots stood quietly, walking the tracks in silence. We tidied the graves as we went – picking out weeds, chipping of bird droppings, using our drinking bottles to water the plants that other visitors had planted previously. At two stops we searched for the grave stones of family.

One of our first stops was Anzac Cove. It was such a beautiful day. The sun shining, birds were chirping. The only thing missing was a bunch of kids skylarking in the water. You could have heard a pin drop, until Scotty started playing the “kiwi lament” on his harmonica. Awesome. Haunting. Extraordinarily touching.

We were running out of time as there’s a curfew on the Park access. We voted to skip a few places so we could make it up to Chanuk Bair – the New Zealand memorial. It’s a stunning memorial. It is also one of the few that still has maintained trenches at the site. The sun was starting to set so we had to go. This is when the boys in particular didn’t want to leave. A lot of bartering and maneuvering was attempted with the bus driver to come back in the morning and pick up those who wanted to sleep rough on the hill. No go. Such a wrench to leave – no one was ready to go. 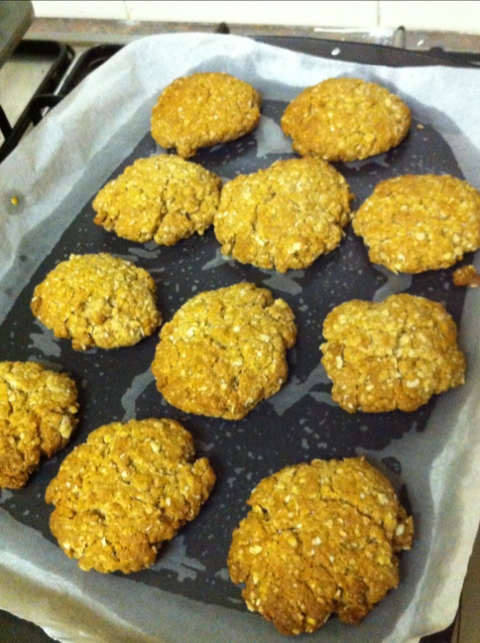 ANZAC biccies. Will have to have a cuppa to conduct quality control.