It’s a thing here in Australia that sports clubs and community associations host sausage sizzles at polling booths. It’s a cheeky barbecue to raise some much needed funds. I’m sure it happens in other countries, but it’s a tradition down under.

The sausage of democracy is your reward for exercising your responsibility as a citizen. You cast your vote to help decide who runs the rules around here. Then you buy a snag.

It costs a paltry $2 – and you get optional onion (it’s not an option though, lets face it – eat the onion) and your choice of sauce for free.

But think on the true cost of it.

Generations of the poor rising up against the rich to have fair representation.

Decades of fight from women prepared to chain themselves up for their right to be heard when even their husbands wouldn’t countenance their point of view held any value.

The centuries of being dismissed by a white majority refusing the basic respect and dignity to even be counted as a human being.

You can keep your fancy Michelin star menus. The humble sausage of democracy is the most expensive meal you’ll ever taste. 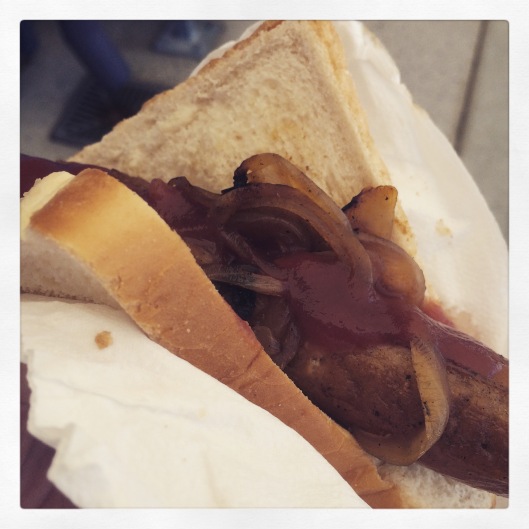