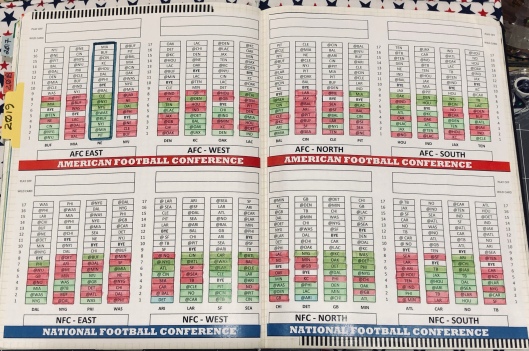 Well, just before week 8 really. Except if you’re a Miami or Texan fan – then your week 8 is already done.

I like the overall season tracker – although it’s a mongrel to draw up – it gives the detail against who the next team up is and then you can see who they’ve played already and can see if they’re on a streak of some sort.

The second one is a bit boxy- I’ll change it again next year. I want a quick lookup to see how each division is going – this one I stuffed up showing the divisional games so it needs to change.

Oh and the ties! The tied games. Sigh. After none last year, I nearly forgot the pain of 2016.

And the one I’ve totally fallen behind on is the game notes for my Patriots – where I track who was active each game and how they went in the game. That’s still back at week 6….my excuse is the Red Sox. 👏🏼👏🏼 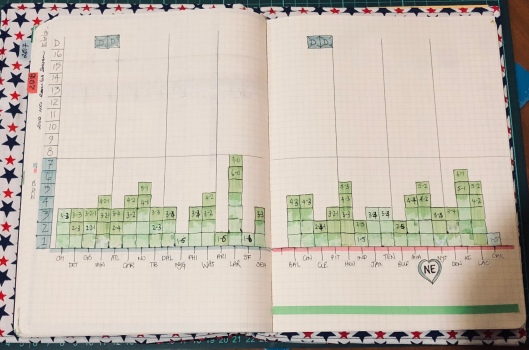